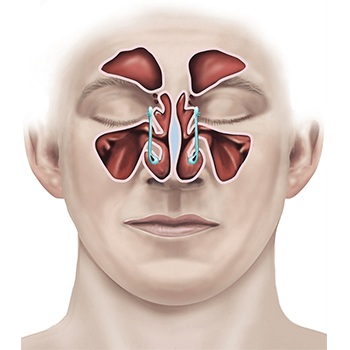 Functional endoscopic sinus surgery is the modern approach to surgery on the sinuses. In the past operations were designed to maximize drainage by gravity. As such large holes were fashioned into the sinuses and most of the lining tissue was removed. It is now known that this lining tissue plays a critical role in keeping sinuses healthy. As such the old-style surgery not infrequently worsened the problem.The availability of high definition cameras and very fine endoscopes allows for much greater control

during the surgery and hence significantly better results.

Functional endoscopic sinus surgery is performed in hospital, usually under a general anaesthetic but can be performed with local anaesthesia and intravenous sedation. Using fine endoscopes and high-definition cameras it is possible to obtain an excellent view. The area that most frequently needs to be dealt with is called the ostiomeatal unit. It is an area on the sidewall of the nose where many of the sinuses drain. By removing a small amount of bone in this area improved ventilation and drainage can usually be achieved. Not infrequently there are anatomical variations in this area that make people prone to sinus disease. These can be readily corrected at surgery. In more extensive sinus disease there may be a need to operate on other sinuses such as the sphenoid and frontal sinuses. 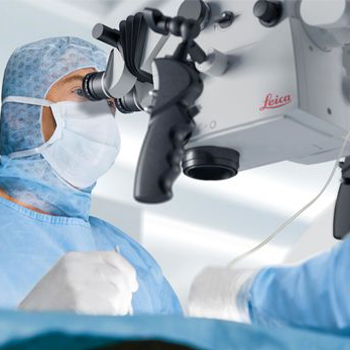 Perforations in the ear drum, a common problem among children, occur due to an infection or as a result of an injury. Drainage from the ear or bloody discharges are symptoms of a perforated ear. In such cases, an ENT specialist would probably recommend a microscopic ear surgery.One such common surgery of this kind is the Tympanoplasty, also called “eardrum repair”. which is conducted to reconstruct a perforated

eardrum or repair the small bones found in the middle of the ear. The procedure is performed under local or general anesthesia and consists of the following steps done one after the other:-

The process is initiated by making an incision into the ear canal.

The view of the area of surgery is enlarged using a microscope.

Then, the bones that aid hearing are first inspected for any damages

A graft is taken from the vein or tissues under the ear lobe to reconstruct the tympanic membrane, if it is required.

The ear is then stitched together where the stitches are buried under skin and they need not have to be removed later.

A patient, after having undergone Tympanoplasty is allowed to return home within 2 – 3 hours. The patient is advised to return after about 10 days to have the surgical packing removed and the ear to be inspected in order to evaluate the success of the surgery.The insides of the ear must be protected from water and it is not advisable to blow through the nose. For quicker healing, the graft must be kept free from any infections. 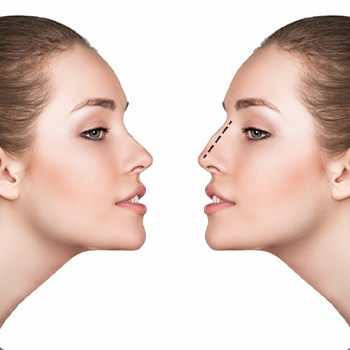 Septoplasty is a common surgical procedure that is used in treating and correcting a Deviated septum,. A patient’s septum refers to a wall consisting of bone and cartilage that works to divide the nose into two completely separate spaces, or nostrils.Overall, a Deviated Septum happens if the septum gets displaced to either side of the nose. Most individuals that suffer from a deviated septum often have one nasal

passage that is substantially smaller. A Deviated Septum is considered the most common defect concerning the septum and surgery is the primary way to remedy the problem.The procedure itself will correct the septum’s displacement, which results in much better airflow to travel through a patient’s nose.

Rhinoplasty can reduce or increase the size of your nose, change the shape of the tip or the bridge, narrow the span of the nostrils, or change the angle between your nose and your upper lip caused by birth defects or injuryAn often overlooked side of rhinoplasty is that it can help relieve some breathing problems, better airflow results in more oxygen to the blood and brain and a reduction in stress.

Rhinoplasty usually takes from an hour to two and half hours though as with all medicine complicated procedures may take longer. During surgery the skin of the nose is separated from its supporting framework of bone and cartilage which is then sculpted to the desired shape. The nature of the sculpting will depend on your requirements. RhinoplastyIis usually done from within the nose, making their incision inside the nostrils. sometimes a small incision across the columella (lower side of nose). In either case the inscion is either invisible or barely visible on close inspection. 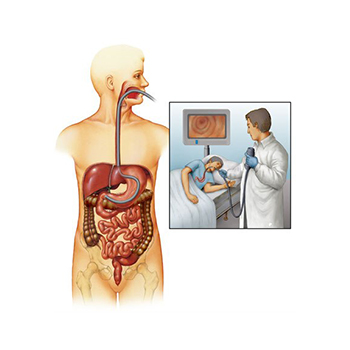 An upper GI endoscopy or EGD (esophagogastroduodenoscopy) is a procedure to diagnose and treat problems in your upper GI (gastrointestinal) tract.The upper GI tract includes your food pipe (esophagus), stomach, and the first part of your small intestine (the duodenum).This procedure is done using a long, flexible tube called an endoscope. The tube has a tiny light and video camera on one end. The tube is put into your mouth and throat. Then it is

slowly pushed through your esophagus and stomach, and into your duodenum. Video images from the tube are seen on a monitor.

Small tools may also be inserted into the endoscope. These tools can be used to:-

Foreign bodies in the ear:-

Buttons, Pieces of crayon It is important for parents to be aware that children may cause themselves or other children great harm by placing objects in the ear.The reason children place things in their ears is usually because they are bored, curious, or copying other children. Sometimes, one child may put an object in another child's ear during play. Insects may also fly into the ear canal, causing potential harm. It has also been noted that children with chronic outer ear infections tend to place things in their ears more often.

Foreign bodies in the nose

Objects that are put into the child's nose are usually soft things. These would include, but are not limited to, tissue, clay, and pieces of toys, or erasers. Sometimes, a foreign body may enter the nose while the child is trying to smell the object. Children often place objects in their noses because they are bored, curious, or copying other children. 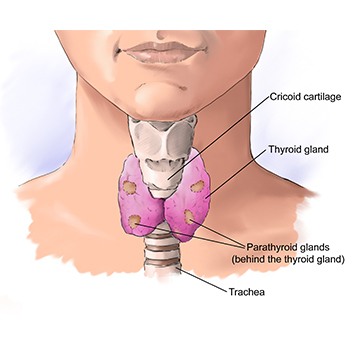 Adenoids are similar to the tonsils. The adenoids are made up of lymph tissue and are located in the space above the soft roof of the mouth (nasopharynx) and cannot be seen by looking in your child's nose or throat. Adenoids also help to fight infections. Adenoids may cause problems if they become enlarged or infected.Adenoiditis is when the adenoids become inflamed from.

At the back of your throat, two masses of tissue called tonsils act as filters, trapping germs that could otherwise enter your airways and cause infection. They also produce antibodies to fight infection. But sometimes the tonsils themselves become infected. Overwhelmed by bacteria or viruses, they swell and become inflamed, a condition known as tonsillitis.Tonsillitis is common, especially in children. The condition can occur occasionally or recur frequently.

Surgery is the recommended treatment for several disorders of the thyroid gland. It is important that your surgery is performed by an experienced surgeon who regularly performs thyroid operations. Do not hesitate to ask the surgeon any questions that are on your mind, such as the number of thyroid operations they perform, any possible complications (including their own complication rates), as well as any alternatives to surgery. The medical profession recognizes your right to participate in decisions about such an important matter, and you will be asked to give your informed consent before surgery.